About two years ago the Animal Liberation Front cut down all the fencing on Newmill's deer park with the intent to set the deer free. Unfortunately their plan backfired as all the deer ended up being culled so they wouldn't get run over or enter the quarry. Newmill never really knew what to replace the deer with so the space has remained empty.

Many ideas of what to put in there were tossed about....Craig's favourite idea was to turn it into a motor cross track. However, at the end of last year Newmill bought a herd of 11 highland cows with the intention of putting them in the former deer park once a fence had been built.

Alistair has worked really hard over the past few months and the fence was finally ready couple of weeks ago. The plan was to under feed the cows for a couple of days so they would follow a bail of hay on the back of the tractor into their new home....well after a bit of cow herding they made it there. They look absolutely magnificent and are a brilliant addition to Newmill. 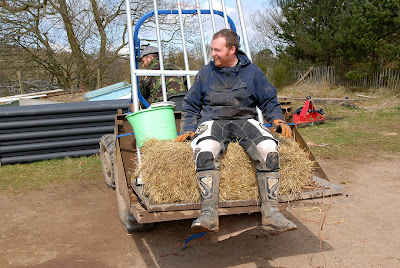 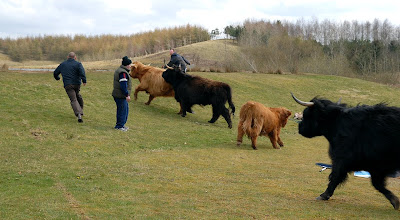 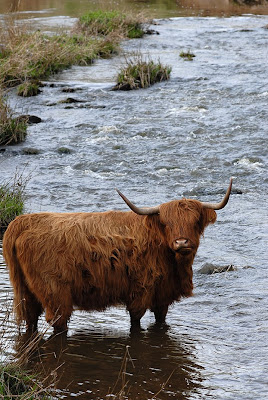 Posted by Newmill Fishing Ltd at 08:21